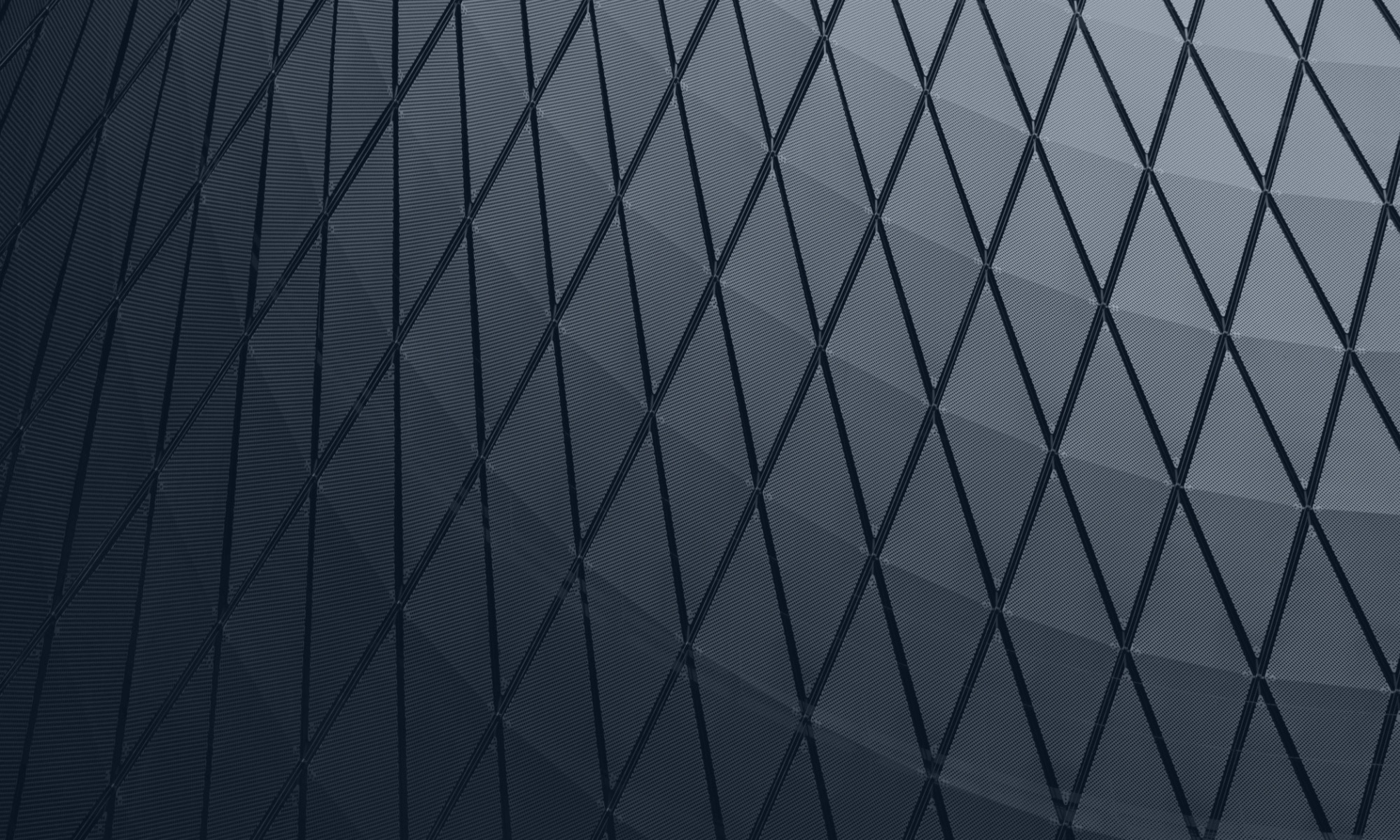 After a prolonged range bound state, Bitcoin finally steamed ahead briefly crossing the $11,400 mark on July 27th. Bitcoin started off the month at $9,100 after months of low volatility and minimal price action only to move aggressively through the $10,000 resistance in the last week of July. At the end of the month Bitcoin is sitting at $11,200.

The total market cap for crypto now stands at over $331 billion, a level not seen since July 2019.

Prior to the BTC positive momentum, ETH has been taking the headlines over the past few days and has reached a yearly high of $344. The DeFi market has been on sizzling form for all of July which has helped perpetuate its parent token to new yearly heights. Earlier this week, ETH devs announced that the official testnet launch of Ethereum 2.0 would begin on Aug 4th.

As a result, ETH futures open interest has broken out over $1 billion. The bullish sentiment has been great for market involvement but it has come at a cost as ETH fees/Gas is at an all time high. The average ETH transaction fee is currently at .00441 compared to 0.000542 at the beginning of January.

DeFi continues to steam ahead as MakerDao became the first Defi project to cross the $1 Billion mark. The Total Value Locked (locked-up collateral in smart contracts) has significantly grown too, as the Total Value Locked of the top 3 DeFi lending protocols based on the ETH’s Blockchain, Maker (MKR), Compound (COMP) and Aave (LEND) are estimated to be around $735.5 million, $456 million and $374 million respectively according to Defi Pulse. The underlying lending market is rapidly developing. 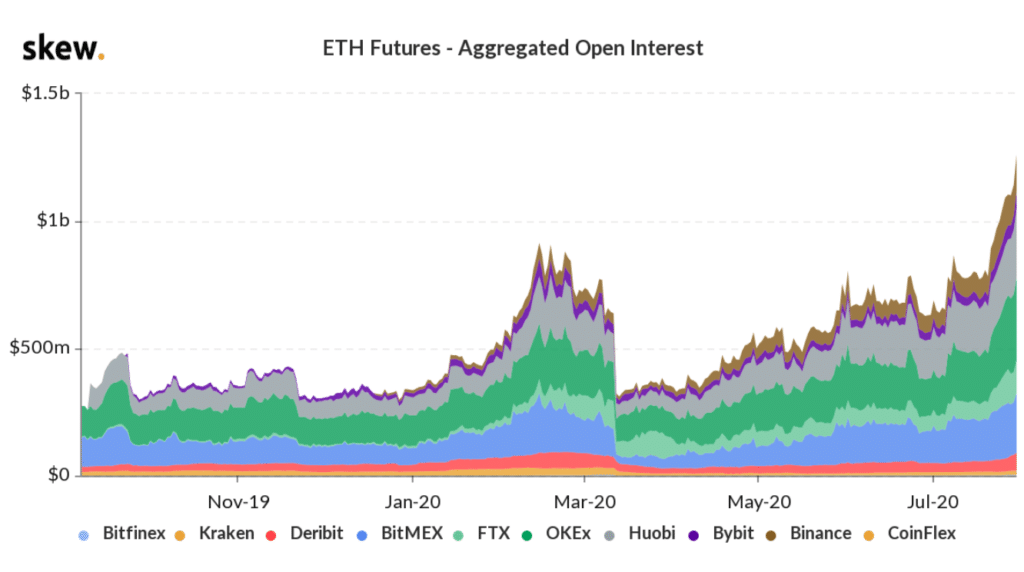 New data released on Thursday the 29th shows that economic output fell at its fastest pace on record in the US this spring. The U.S. economy’s contraction in the second quarter is now the worst ever, with the latest weekly jobless claims at 1.4m. G.D.P fell 9.5% in Q2 of 2020, the Commerce Department said.

On an annualized basis, G.D.P. fell 32.9%. In Europe, the German economy decreased by over 10% from April through June compared to the previous quarter. Its biggest decline since 1970, when its records began.

“Never have we seen such large declines in activity at such a rapid pace,” said Gregory Daco, chief U.S. economist for Oxford Economics.

With the negative economic outlook across the globe, and the risks that now accompany searching for yield in stocks, Gold reached a record price of $1,931 surpassing its highs last seen in 2011. Many may be using Gold as a safety mechanism, while others have piled in as speculators in a global market that has limited options. Goldman Sachs lifted its one year forecast for Gold from $2,000 to $2,300.

“We have long maintained gold is the currency of last resort, particularly in an environment like the current one where governments are debasing their fiat currencies and pushing real interest rates to all-time lows,” Goldman Sachs said. 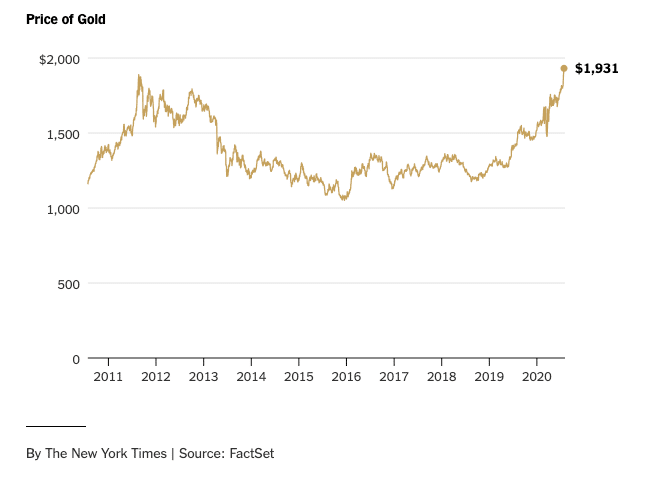 “Bitcoin’s push has been fueled by the drive towards safe-haven assets,” Micah Erstling of GSR told Coindesk.

The Federal Reserve left interest rates near zero on Wednesday the 29th. Jerome H. Powell predicted a long road ahead as coronavirus cases have failed to slow across the US. This continuous rise has weakened the recent momentum from the fleeting economic recovery.

“The path forward for the economy is extraordinarily uncertain and will depend in large part on our success in keeping the virus in check, the pace of recovery looks like it has slowed.” Jerome H. PowellYear to date, Gold has yielded around 28% but has been eclipsed by Bitcoin’s performance of over 50%. The fastest horse is Bitcoin, but it hasn’t quite got the same headlines due to the small size of the market, and the fact that it still remains unproven in the eyes of many.

Some recent market analysis from the New York times reads as if it is perfectly setting the scene for Bitcoin: ‘The increase in money supply lowers interest rates and raises the amount of a particular currency, such as the dollar, in circulation. And over time, these moves can both increase inflation (lower interest rates typically spur economic activity) and weaken the value of a currency. Right now, investors are taking all of that into account and determining that buying gold — which is traditionally considered an investment that holds its value over time — is the best thing they can do to shield themselves from inflation and weakening of so-called fiat, or paper, currencies.’

Bitcoin is the only large tradeable asset in the world that has a known fixed maximum supply.

With the new level of financial expansion happening around the world, scarcity is a unique and attractive characteristic for the long term. However, the trust associated with gold as a store of value over thousands of years is a clear winner when compared to the skepticism and stigmas Bitcoin still faces in some circles. Two factors to consider that may increase adoption of Bitcoin as a solution to this problem, is first a generational shift of investors and second an increase in the rate of technological adoption.

Younger investors, who are gradually gaining more wealth are far more likely to invest in Bitcoin in their future when compared to older generations. Secondly, Bitcoin’s characteristics as programmable money have a lot more in common with the future digital economy that lies ahead, when compared to investors struggling to store and transport gold. China’s Central Bank Digital Currency has already been rolled out into its testing phase. With recent speculation about Japan doing the same.

The question remains is Bitcoin grown up enough to fulfil these narratives in the short term, or is it still tied to the macro market built on top of a very shaky and unstable economic foundation. The unprecedented performance has made the S&P 500 appear out of step with the magnitude of the uncertainty which currently faces the economy and everyday global business. If global markets were to sell off again, there is a good chance that Bitcoin could follow in the short term. The rocky road to recovery may be longer than initially hoped.

GSR has partnered with Coinlist Pro, GSR will be providing liquidity to this new marketplace.

Given the recent performance of altcoins, marketplaces focusing on the next generation of projects, such as Filecoin, show great promise for meeting the demands of both retail and institutional traders. GSR has focused on reducing friction between capital and innovation in the space since 2013, and is looking forward to achieving this mission in partnership with CoinList.

Rich Rosenblum of GSR spoke to Bloomberg Markets this month about the recent performance of altcoins and why crypto is here to stay. Listen Here. 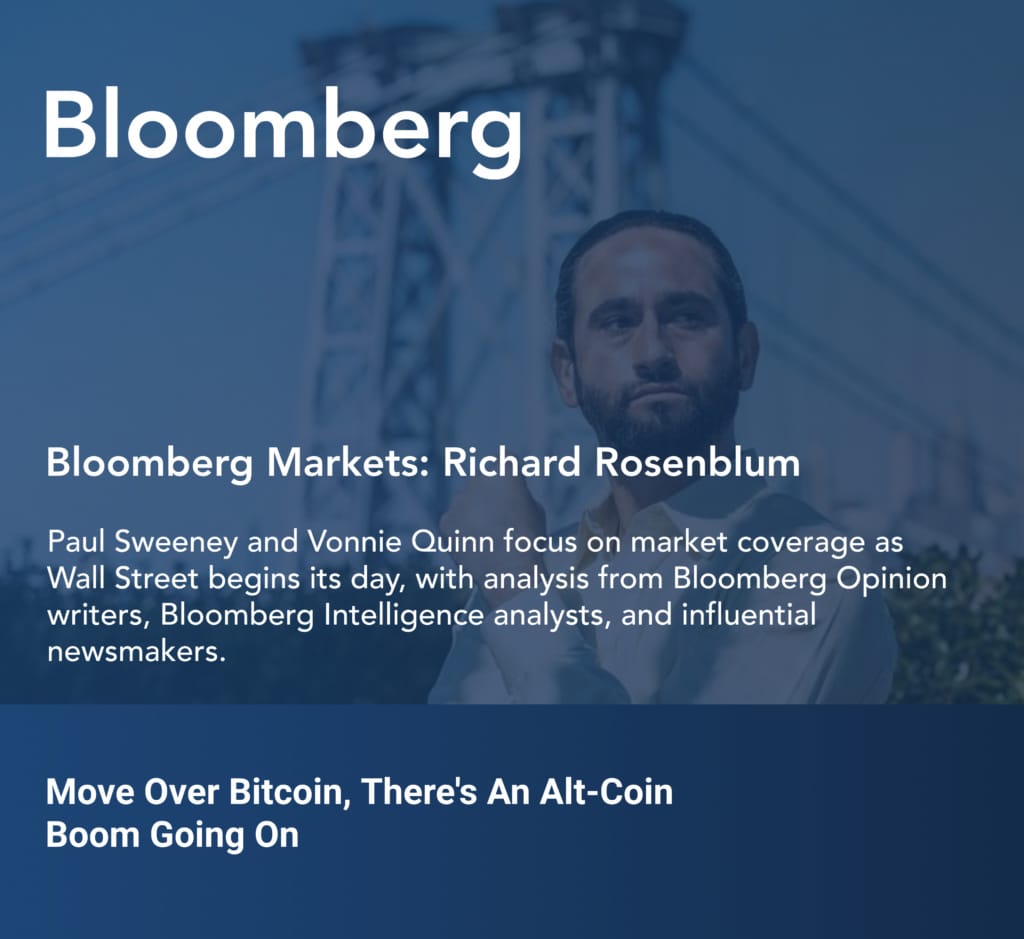