In a record breaking year, Bitcoin smashed through the $500 billion market cap and powered towards $30,000. 2020 will be known as the year institutions finally entered the digital asset space. The recent returns for bitcoin have been unrivalled, with no other asset class coming close.

The global events of 2020 highlighted the appeal of Bitcoin to institutional investors. The disconnect between stocks and the economy unsettled many. Bitcoin gained 54% in December alone after a flurry of institutional entrants, its biggest monthly percentage gain since June 2019. Bitcoin currently sits a little over $32,500. 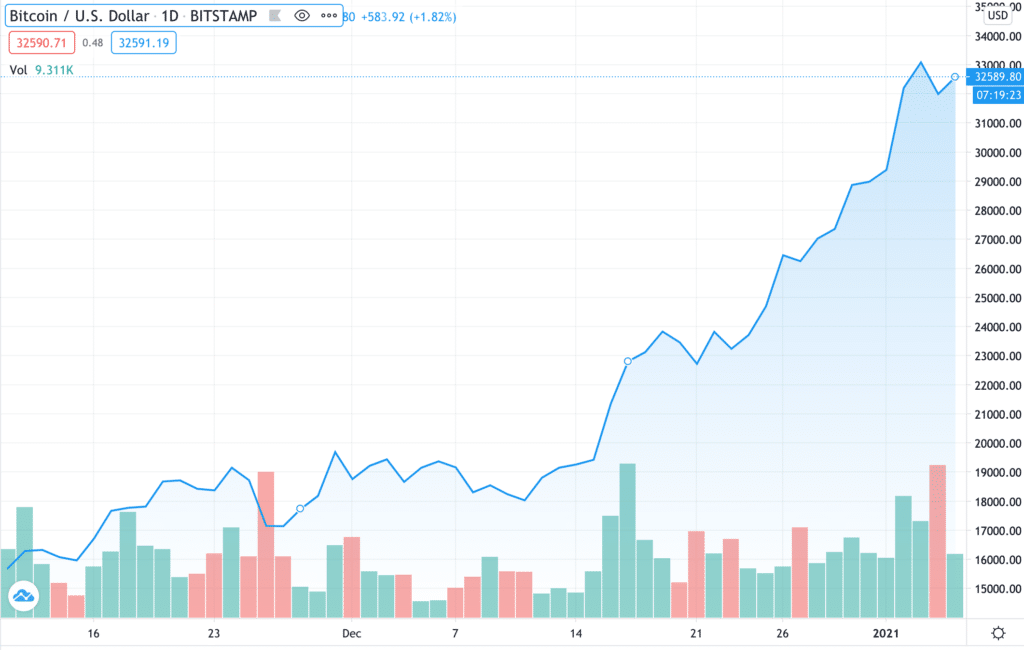 The stimulus response to the pandemic initially stoked lingering concerns among several large asset managers about the devaluation of the US dollar. The risk-return relationship for digital assets is now uniquely poised as an attractive alternative for the long term. Although potentially overbought in the short term, Bitcoin has now started a new era and cemented itself as an option in the wider macro conversation.

From an institutional perspective the long term investment thesis for Bitcoin was validated in 2020. Arguably the first catalyst was the Paul Tudor Jones letter in early May. The investor letter titled “The Great Monetary Inflation” outlined how the renowned macro investor believed Bitcoin was going to be the ‘fastest horse’ over the next decade. This was the first time a macro investor of such reputation backed Bitcoin with confidence as a hedge to inflation, what followed was similar comments and financial commitments from Wall Street heavyweights Stanley Druckenmiller and Bill Miller.

The momentum continued into December. Mass Mutual on December 10th announced an allocation of $100 million. Founded in 1851, The firm’s total assets under management are above $275 billion. Although a small amount given its size, it is a highly notable investment due the nature and standing of the firm in traditional finance.

Additionally, on December 16th, the CIO of Guggenheim Investments stated that the price of Bitcoin could reach over $400,000 based on their scarcity analysis and its comparison to gold. Moreover, JPMorgan Estimated that a 1% allocation to Bitcoin from pensions and insurance companies would require $600bn of buying. Six figure Bitcoin comments are now no longer coming from Bitcoin maximalists, but some of the biggest financial institutions in the world, including Citibank in November. CEO of BlackRock Larry Fink said bitcoin has “caught the attention” of many, elaborating how the asset class can possibly “evolve” into a global market.

Institutional entrants are now occurring at such a rate it is difficult to keep track. Also in December Investment manager Ruffer Investment confirmed they purchased $744 million of Bitcoin, stating their reasoning as diversification and hedging. One River Digital also disclosed their cryptocurrency holdings would cross $1 billion in early 2021 and that they have already bought $600 million worth of crypto.

In a sign of increased US institutional adoption, bitcoin’s price rises occurred mostly during US market hours during November 2020. Bitcoin finished the year up over 300%. 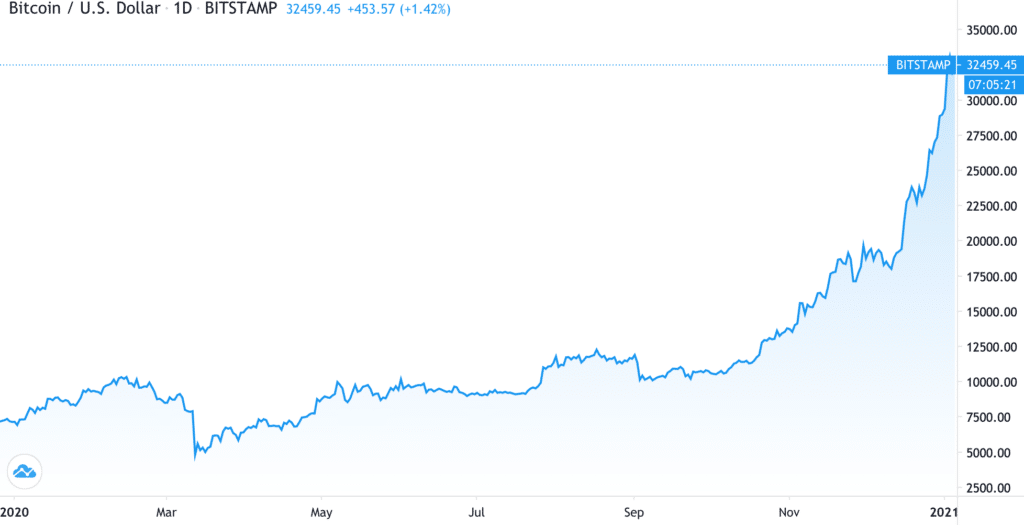 Similarly Ethereum had a strong performance for the year up over 450%. In a bid to improve Ethereum’s efficiency and scalability, the coming changes of Ethereum 2.0 will introduce sharding, and so far the transition to ‘proof of stake’ has been well received. Additionally On December 16th, the CME announced it will launch Ether futures in February 2021, further expanding the market of ETH to institutional investors. Ethereum is currently trading at over $1,000. 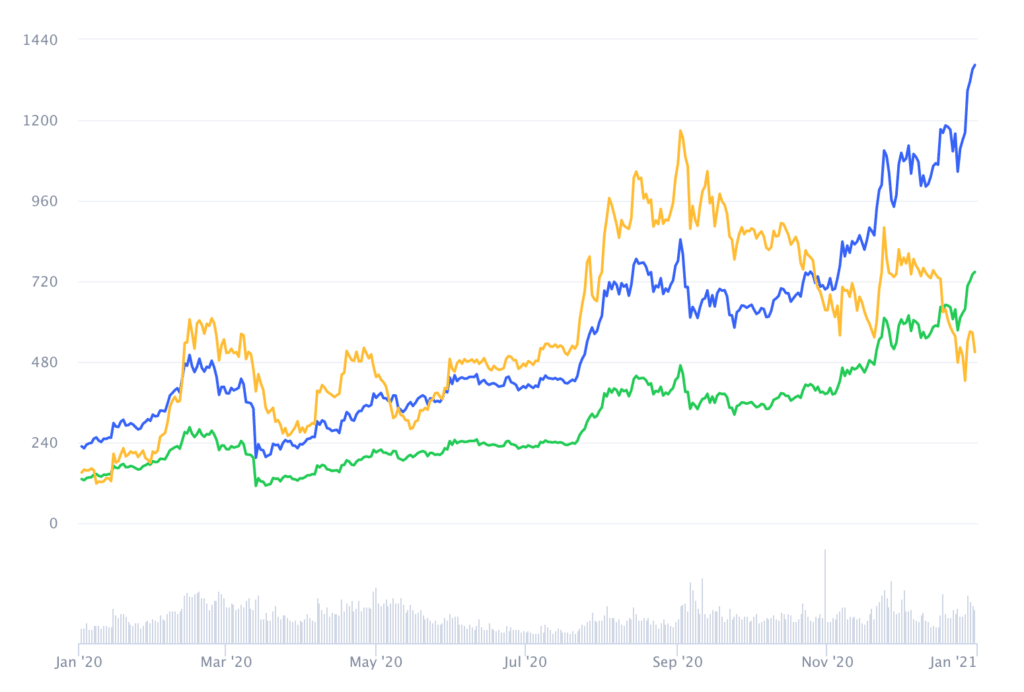