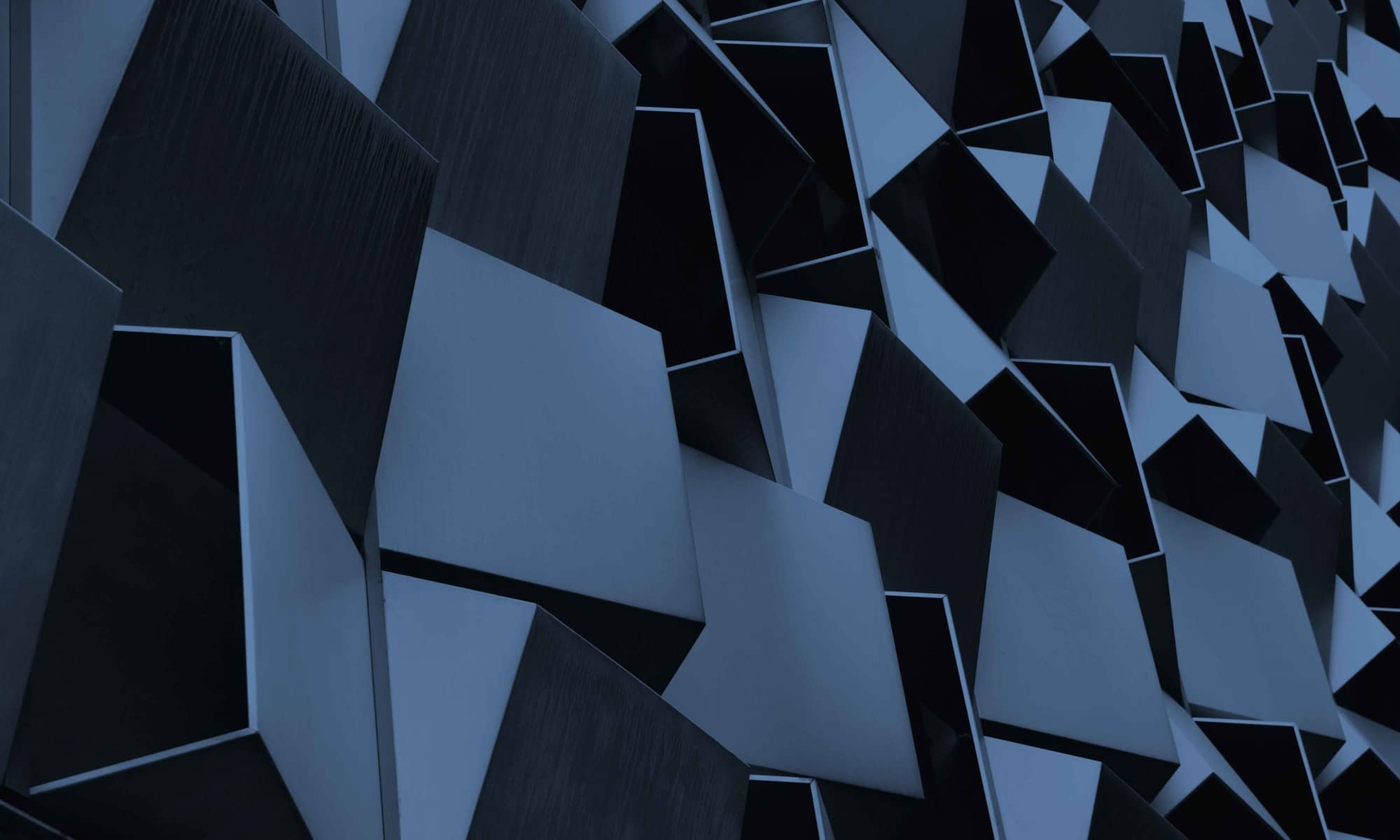 As more institutions share their support for Bitcoin and the asset’s price inches towards new highs, many institutional and professional investors are wondering whether Bitcoin is for real.

To be sure, Bitcoin still has its detractors, from Jamie Dimon to zealous goldbugs who claim that the asset class can’t be the metal’s digital equivalent. Comparisons are still being drawn to the bubble of 2017.

Yet by all accounts, this isn’t 2017. Trade data points to institutional inflows having driven much of the rally in 2020. Much of these investors are eyeing a longer-term horizon than many of their retail counterparts, who profess an unwavering dedication yet are more willing to engage in speculative behavior.

Any participant in the Bitcoin ecosystem would encourage institutions to take a hard look at Bitcoin. But do the fundamentals, the macroeconomic environment and the market structure justify serious consideration?

The answer isn’t a binary one. But all signs seem to signal a genuine tipping point. Bitcoin may be part of future alternative asset allocations, far sooner than we think.

One of the consistent narratives behind the case for Bitcoin is the devaluation of the dollar as a result from prolonged economic stimulus.

Bitcoin proponents have argued this since the early days. The Fed’s willingness to use every fiscal tool in its arsenal, especially in the wake of the pandemic, have left managers believing this is true.

The first round of post-pandemic fiscal stimulus and its lingering effects have driven down the US dollar by 10% from its peak in March. The nomination of Janet Yellen to the Treasury Secretary post has weakened sentiment for the currency, in response to growing belief that another round of money printing will take place in early 2021.

Though hesitant to publicly discuss worries over US dollar devaluation, many asset managers have privately shared concerns over the long-term impacts of the Fed’s trigger-happy approach. CNBC pundit Jim Cramer has been more open with his concerns about the Fed and his resulting curiosity in Bitcoin, saying that he “changed his mind” about his reservations.

The traditional hedges against devaluation aren’t as appealing to institutional and professional investors. Real estate is on the mend, especially as a wave of remote workers uproot themselves to more favorable locales, but the market is still too vulnerable to potential macroeconomic shocks, especially as the pandemic hits its third wave. Gold has trailed off after a solid summer.

In contrast, Bitcoin has broken much of its correlation with risk-on assets, while showing some strength in risk-off occasions. Though stocks are performing well (with the Dow remaining above 30,000 at the time of writing), Bitcoin’s price is being driven by a distinct set of fundamentals; in contrast, stocks are arguably dislocated from bottom-up measures, with a rising tide lifting all boats.

While fears over devaluation have persisted since 2017, one consequential change has been the emergence of a tangible market structure.

The custody question has been largely addressed with the emergence of services that rival those of traditional assets, both from digital asset specialists and traditional market stalwarts like Fidelity.

Derivatives markets have also advanced, with the emergence of a healthy futures and options ecosystem. These products are less about speculation, as they were back in 2017, and more about true hedging, capital efficiency and offering a traditional point-of-entry for those institutions that want exposure, but opt not to invest in physical Bitcoin. Daily open interest at listed derivatives markets has crossed the multi-billion mark in recent months, with much of this activity taking place on venues like the CME.

Liquidity and pricing transparency have all improved, with several high-quality, U.S.-regulated venues and data providers emerging. Trading activity among market makers and high-frequency trading shops is aiding price discovery, while tightening the cost and quality of execution.

Additionally, the emergence of liquid investment vehicles – such as the Grayscale Bitcoin Trust – have created far simpler access points for new and seasoned investors alike. Indeed, the Grayscale fund was reported to be Guggenheim’s preferred entry point into Bitcoin, as the global powerhouse mulls a $350 million allocation to the asset.

Taking on the qualities of an alternative asset

Arguably, it was Paul Tudor Jones’s disclosure of a 2% portfolio allocation to Bitcoin back in May that kicked off this wave of institutional interest.

What’s especially telling is what he said when he made the disclosure. He didn’t call Bitcoin the future of money, like some hardcore crypto believers do; instead, he highlighted Bitcoin’s risk-reward potential. It’s a sentiment that he’s repeated since then, recently saying that digital currencies will eventually “be like the metals complex” of today, in terms of store of value and exposure to economic growth.

The risks are evident: Bitcoin is a nascent, volatile asset. Yet, the upside has steadily increased over time.

Looking at the return profile of other alternative assets, such as direct investments or real estate, Bitcoin has vastly outperformed. Yet, Bitcoin enjoys a particular advantage: it’s far more liquid, as it is the only market in the world that operates 24/7.

The potential for portfolio diversification is appealing. Smaller allocations to Bitcoin can provide a healthy amount of diversifying risk into a portfolio. With the exception of the recent market stress, Bitcoin has been widely uncorrelated to the macroeconomic landscape throughout its 10-year history.

Systematic managers like Renaissance serve as an example. Traders who rely on price-based strategies like momentum and mean reversion have taken an interest in Bitcoin solely because of its statistical properties in contrast to other asset classes. To them, Bitcoin is a potential diversifier and another source of potential return. The volatility is easily controlled in the portfolio construction process.

Institutionally-focused investment vehicles and trading shops are expanding. Recently, Fidelity filed to launch its Wise Origin Bitcoin Index Fund. The appeal of such a trusted name will only continue to put investors at ease.

Bitcoin has been likened to various assets, namely gold. But Bitcoin has a variety of fundamentals that make it difficult to compare it to any one asset class.

Much of the long-term bull case has been outlined in great detail. Yet, there are a handful, in addition to the impacts of extended stimulus and currency devaluation, that are especially appealing:

A different demographic: The next generation of investors are already comfortable with Bitcoin. Recent analysis by JP Morgan comparing younger and older investors stated “the older cohorts prefer gold while the younger cohorts prefer bitcoin”. Younger investors also showed little interest in bond funds. The total addressable market for Bitcoin among this group is vast.

Bull markets are built on an ever-expanding cohort of buyers – and the total addressable market for Bitcoin among this group is vast.

The global shift towards digital currencies: Many central banks are experimenting with digital currencies. China’s own version has already been rolled out into a testing phase. Exploratory projects are underway in Sweden and Japan. Bitcoin’s portability and interchangeability makes it a strong contender for a playing substantial role in the digital economy.

Supply dynamics: Bitcoin is the only large tradeable asset in the world that has a known fixed maximum supply. The supply of new Bitcoins halves every four years, capping at a total of 21 million Bitcoin – at present, 90% has already been mined. This concept is in direct contrast to the current fiscal policy of central banks. With the new level of financial expansion happening around the world, scarcity is a unique and attractive characteristic for the long term.

Emergence of a dynamic market

Even the most hardened of institutional Bitcoin bears are changing their tune. J.P. Morgan, whose CEO derided cryptocurrencies for years, acknowledged that “one could see the potential demand that could arise over the coming years [among institutions] in the wake of the insurer Mass Mutual’s $100 million purchase of Bitcoin.

The myriad of ways that institutions have at their disposal for Bitcoin allocations lend themselves to more informed and strategic investment decisions. Today, institutional exposure to Bitcoin can be in the form of physical holdings, futures, options, swaps, or structured products. Investors can also earn a healthy return on static positions through yield strategies due to the asset class’s healthy volatility. Likewise, those investors that have negative views about the Bitcoin thesis can look to short the market.

The variety of strategies, instruments and mechanisms available enable institutions to gain exposure in the manner which best suits their portfolio and their risk profile. Given the risk-reward factors, high liquidity and low correlation, along with the long-lasting impacts of loose monetary policy, the case for a 1% or 2% allocation to Bitcoin, as part of an alternative asset weighting, seems to only be growing stronger.