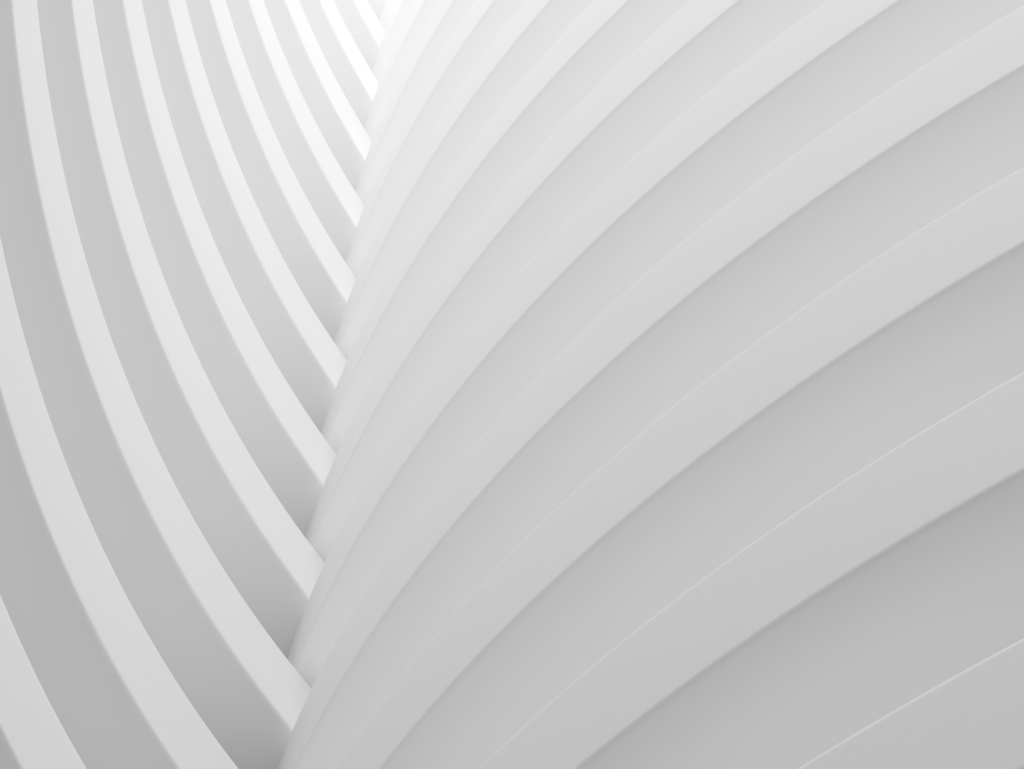 Bitcoin posted its second consecutive positive month, increasing 5% after entering March around $43,200 and finishing at $45,500.  The marquee coin had a rough start to the month as the war in Ukraine intensified, central bank rhetoric moved more hawkish, and risk asset prices fell.  However, bitcoin posted a steady ascent starting mid-month as it shrugged off war and central bank tightening headwinds, equity markets turned positive, the Fear & Greed Index moved to “Greed”, and Terra’s Luna Foundation Guard purchased significant amounts of bitcoin for its UST bitcoin reserve.  Bitcoin’s climate impact also took center stage during the month, with an EU Parliament committee removing a MiCA provision that would have effectively banned proof-of-work cryptocurrencies, and environmental groups and Ripple Co-Founder Chris Larsen launching a controversial campaign to move Bitcoin to proof-of-stake.  Countries and other jurisdictions also remained busy, with El Salvador postponing its planned Bitcoin bond, Russia indicating it is open to accepting bitcoin payments for energy exports, and Rio de Janeiro and Florida both revealing plans to accept bitcoin for tax payments.  Finally, companies continue to remain active in bitcoin, with the CME launching micro bitcoin and ether options, Goldman Sachs becoming the first major bank to make an OTC bitcoin trade, MicroStrategy taking out a $205m loan to buy more BTC, Grayscale preparing for a legal battle with the SEC over its proposed bitcoin ETF, and monthly inflows into institutional bitcoin products surging to $113m through March 25th, per CoinShares.

Ethereum’s performance was even stronger than bitcoin’s, rising 12% for the month after entering around $2,900 and ending around $3,300.  The highlight of the month was a successful Kiln testnet merge, the last merge testnet before existing public testnets are upgraded.  With the success of Kiln, many are looking ahead to Ethereum’s transition to proof-of-stake, which may come within the next few months.  While the merge to proof-of-stake is unlikely to improve transaction speed and costs just yet, Ethereum’s inflation rate should fall materially and could potentially turn negative depending on network usage.  Also during the month, slowing NFT activity resulted in transaction fees dropping to a six month low as well as a lower ETH burn rate, though the network has now burned over 2m ETH since the London hardfork introduced EIP-1559 in August 2021.  In addition, Ukraine launched an NFT Museum of War on Ethereum and Polygon, Polkadot and Kusama announced plans to launch a Wormhole bridge to Ethereum, Grayscale launched a fund holding Ethereum competitor layer ones, Ethereum wallet MetaMask passed 30m users, Ethereum layer 2 provider StarkWare was said to be raising funds, and zkSync released an EVM-compatible ZK rollup on testnet well ahead of schedule.

One large source of demand for BTC over the last month has come from the Luna Foundation Guard (LFG), a non-profit created in January to help grow the Terra ecosystem.  One key undertaking of LFG is to bootstrap a bitcoin reserve that will act as a release valve during volatile periods for the UST stablecoin.  To review how this works, we must first understand how UST has worked in the past, which we cover in much more detail in our report Solving the Stablecoin Trilemma with Algorithmic Stablecoins.

Historically, UST has relied on Terra’s native LUNA to absorb demand fluctuations in UST.  It does this through permissionless arbitrage incentives, allowing anyone to mint one UST by burning $1.00 worth of LUNA or burn one UST in exchange for $1.00 of LUNA.  Backing UST with LUNA via this stability mechanism makes UST truly decentralized and allows LUNA holders to benefit from increasing UST demand as minting UST requires LUNA burning, decreasing the LUNA supply and increasing its price.  However, such a system is also reflexive and introduces the potential of a death spiral should a rapidly falling LUNA price cause UST redemptions and further LUNA selling.

While the minting and burning of LUNA will still act as the primary stability mechanism, the bitcoin reserve will provide a backstop during periods of high volatility.  By functioning similarly to an AMM, it will allow UST holders to sell one UST for $0.98 of BTC, so if UST falls below $0.98, one may trade it for $0.98 of BTC from the bitcoin reserve, netting a profit and reducing UST’s supply to push it towards its dollar peg.  Importantly, if UST is trading above peg, holders will be incentivized to sell BTC to the bitcoin reserve in exchange for cheap UST, netting a profit and helping to push UST’s price back towards its dollar peg.

LFG initially raised $1b for this bitcoin reserve, but Terra co-founder Do Kwon has revealed nearly $3b currently for this purpose and an ultimate goal of $10b, meaning additional substantial bitcoin purchases may be coming versus the 30,728 BTC ($1.4b) purchased so far.  In addition, Kwon has discussed the possibility of a UST minting mechanism whereby some of the LUNA required to do so is burned and some is used to purchase BTC for the bitcoin reserve, thereby directing some of the UST seigniorage to the reserve.  All in, this bitcoin reserve further protects the UST peg by introducing a highly trusted exogenous asset (rather than the endogenous LUNA) and dramatically slows the pace of LUNA minting when facilitating redemptions.

Another noticeable trend for the month was the decline in NFT sales activity.  Indeed, total monthly sales volume per nonfungible.com was $1.4b, down 41%, 31%, and 23% from February, January, and the monthly 4Q21 average, respectively.  The decline is due to a lower number of sales, as the average selling price actually rose.  While this is heavily influenced by mix of sales (by NFT type and collection),  many of the top collections saw their floor prices increase 20-100%+ over the last 30 days, including BAYC, CryptoPunks, Azuki, Doodles, World of Women, and Cool Cats, per nftpricefloor.com

Perhaps the biggest NFT news item during the month was Bored Ape Yacht Club creator Yuga Labs’ purchase of the CryptoPunks and Meebits intellectual property rights from Larva Labs, giving Yuga Labs two of the best selling NFT projects of all time.  Commensurate with the purchase, Yuga Labs revealed plans to grant commercial rights to all CryptoPunk and Meebit images to their respective owners as it has for BAYC owners, allowing each NFT owner to monetize their specific Punk or Meebit.  Larva Labs issued a statement stating that Yuga Labs is the ideal steward of CryptoPunks and Meebits to ensure they remain a vital and thriving part of web3, while Yuga Labs stated it has no clear plans for the NFT properties beyond giving its holders IP rights.

Outside of the slowing sales volumes, NFT activity and innovation remained steadfast.  New NFT-related products, services, and/or initiatives were announced from Visa, Instagram, Stripe, and Nomura, to name a few.  Companies like American Express and CVS continued to file trademark applications for NFT, metaverse, and virtual goods usage.  New marketplaces launched or were announced, such as from GameStop, Softbank, and Japanese social media giant Line.  And several NFT creator funds were also revealed such as from Ripple and Avalanche/OP3N.

Another notable event for the month was the Federal Reserve’s first rate increase since 2018.  Indeed, heading into the FOMC meeting questions swirled whether uncertainty from the war in Ukraine, volatile oil prices, and potential Covid-related supply chain disruptions would cause the Fed to take a dovish tone, or whether rising inflation, which hit its highest pace since 1982, would cause the Fed to remain on track.  The Fed chose the latter, and revealed expectations for six more rate hikes this year and three more in 2023 before hinting that balance sheet reduction could begin in May.  In Europe, the Bank of England hiked interest rates for the third time in a row, while the ECB held interest rates steady but revealed plans to wind down asset purchases faster than planned.

Also during the month, several large pieces of crypto regulation continued to progress.  In Europe, the EU Parliament’s Economic and Monetary Affairs Committee voted in favor of the Markets in Crypto Assets (MiCA) draft legislation, which, if ultimately adopted, will usher in a landmark regulatory framework governing crypto assets in the region.  However, the committee first voted to remove a controversial provision that would have banned proof-of-work based cryptocurrencies, and instead replaced it with an alternative amendment bringing crypto assets under the same sustainability-related taxonomy as other financial products.  Informal tripartite discussions known as trilogues between the Parliament, the European Council, and the European Commission began yesterday, and will subsequently need to be formally approved by each of the institutions involved before MiCA becomes law.

Meanwhile in the US, President Biden signed an executive order summarizing the government’s crypto strategy.  The order, which had previously been expected in February, outlines the first ever, whole-of-government approach to addressing the risks and harnessing the potential benefits of digital assets and their underlying technology, and lays out a national policy across six key priorities: consumer and investor protection; financial stability; illicit finance; US leadership in the global financial system and economic competitiveness; financial inclusion; and responsible innovation.  The order also directs the government to explore the potential launch of a CBDC.  Government agencies now have six months to produce a detailed assessment of the current state of crypto and make policy recommendations.

GSR in the News

The GSR team will be attending a great lineup of events in the coming months, including Bitcoin 2022, Paris NFT Day, Paris Blockchain Week Summit, Crypto Bahamas, Crypto & Digital Asset Summit (FT),  Permissionless, and Consensus, to name a few. Please reach out to the team or to markets@gsr.io to arrange a meeting.