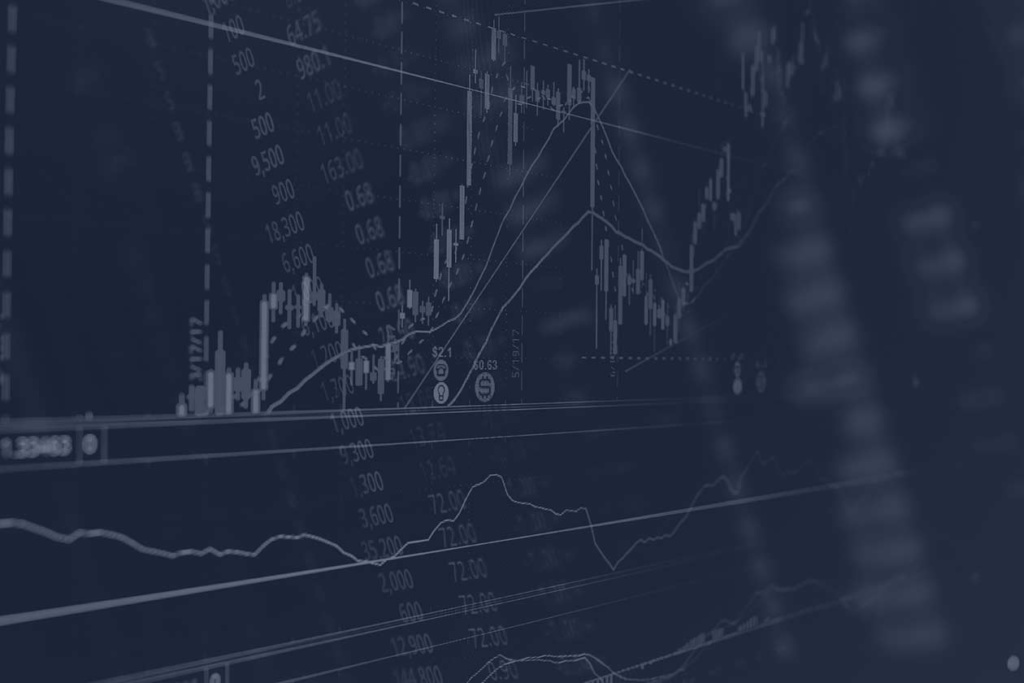 Bitcoin increased by over 40% in November, and is now up over 170% for the year. Bitcoin has broken the all time highs set in late December of 2017. Rich Rosenblum of GSR told the Financial Times last week that “little has changed with the fundamental case for bitcoin, but the surrounding macro environment has changed immensely. This rally is more about market participants starting to take the threat of US dollar weakness more seriously.” 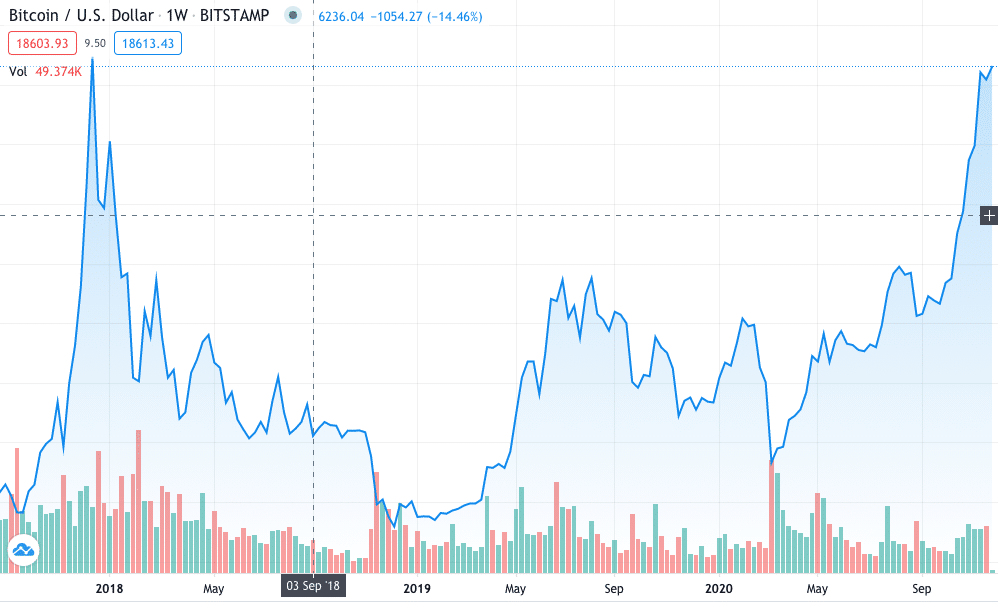 This market is quite different to the past bull of 2017/2018. Over the last few years the crypto community has been quietly building protocols, as well as upgrading trading infrastructure and custody services. As a result it is far more prepared to accommodate the growing institutional interest and growing levels of capital. The world has never been so awash with excess liquidity, making this exactly the environment that Bitcoin was created for. The more this persists, the more Bitcoin will continue to thrive.

With every consistent rally there will likely be some profit-taking. Yet, reaching new all-time high will also bring validation for Bitcoin, which may spur more buying once we are firmly above $20,000. Detractors will lose their ability to claim that the price is still down from 2017.

In the short term a further cool down is possible, considering Bitcoin has had seven back to back positive weeks. Over the long term there is still a lot of capacity among retail and institutional investors, this price action is arguably the first step of a bull market that is ready for new levels of capital not seen in digital assets.

Advanced risk and yield strategies common in traditional finance are now an everyday occurrence in crypto. This time around it is not just a buyers market, investors have the opportunity to tailor their strategies more acutely due to the maturation of trading products. The open interest on the futures and options markets are around all-time highs, signalling the growing influence of institutional grade derivatives. 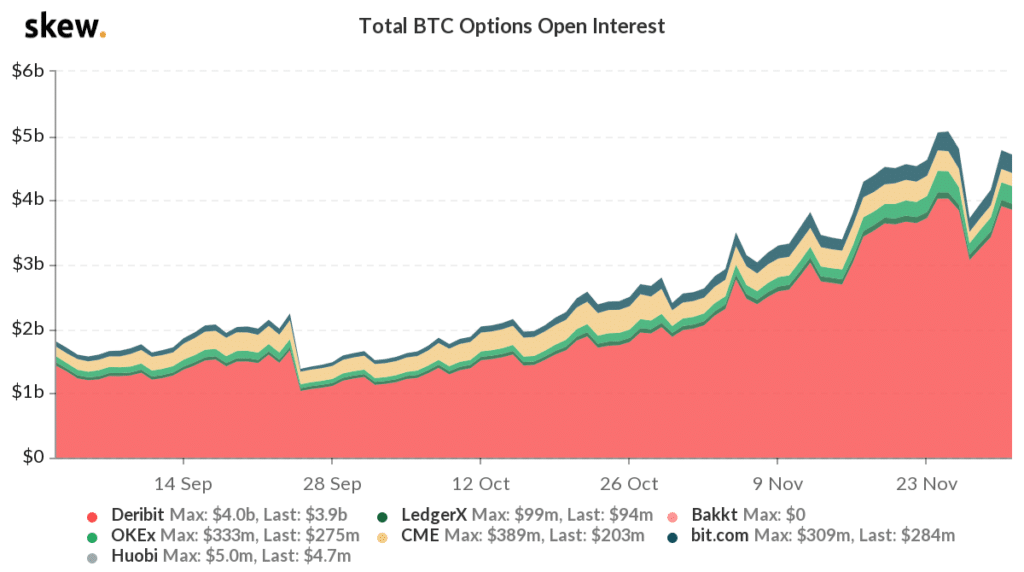 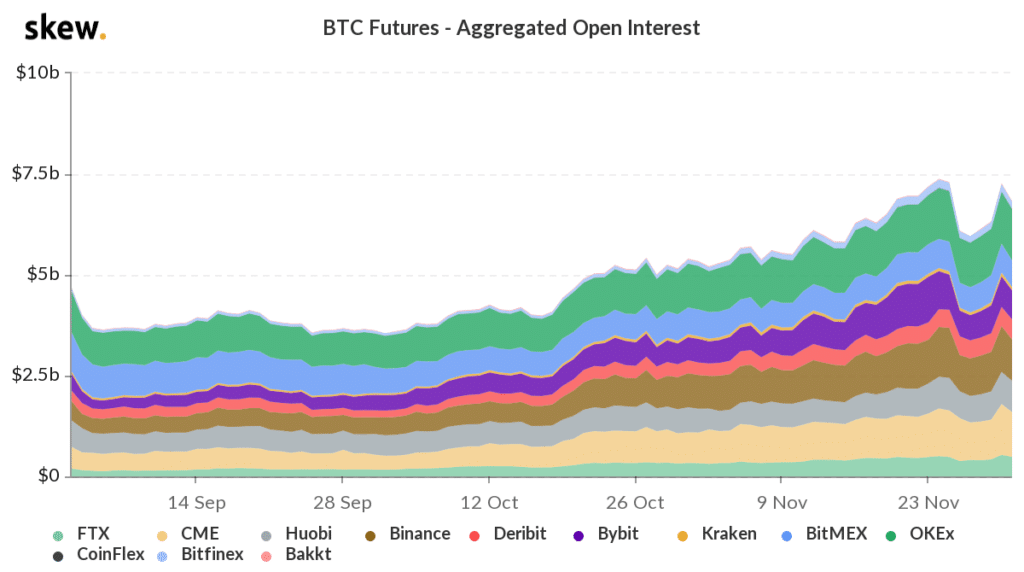 Institutions entering crypto has been long talked about, but 2020 will be the year known for a substantial shift in interest.

There has been a substantial increase in inflows into Grayscale Investments products, including their listed Bitcoin trust that gives exposure to bitcoin movements without institutional investors having to store the Bitcoin themselves. These product designs help accomote investors interested in BTC, but don’t necessarily want to dive into the crypto market and the mechanics of digital assets. Total assets under management recently hit $12bn. 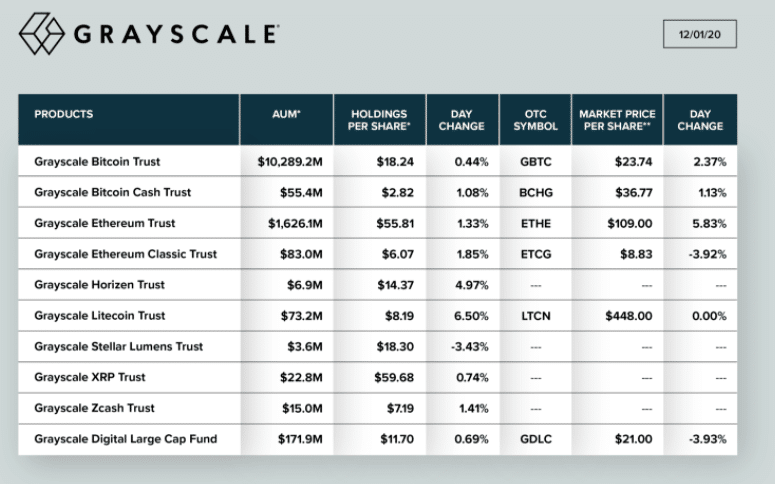 Guggenheim’s decision to potentially make investments in Bitcoin is arguably one of the biggest developments in 2020. While it’s exciting when top risk takers like Paul Tudor Jones or Stanley Druckenmiller invest in Bitcoin, hedge funds have flexibility and risk appetite that mainstream institutions don’t. In contrast, investment managers like Guggenheim move more like cruise ships. They have more of a long-term horizon, and the risk/reward balance of an asset has to accommodate that. Their potential for entry is already arguably a paradigm shift for the market.

Being a globally significant investor in retail as well as institutional markets, they have a lot more touchpoints in the investment community than any of the other major players publicly participating in crypto. We’ve been saying for a long time that when one big firm goes in, others follow – it’s possible that we’ve hit that point.

While Bitcoin has been quick to get back on peoples’ radars, this jump shows few marks of irrational exuberance. The disconnect between stocks and the economy has many unsettled, the prospective returns for investors in traditional markets are low, and the risks are still quite high.

Depending on who you ask, Bitcoin can fulfil a different purpose for many. However for institutional capital allocators, its clear the digital gold narrative is the one that is not only being talked about, but actioned on. Throughout 2020 there were periods when Bitcoins correlation was a bit too close to the S&P and other risk assets. However, as the year has progressed, Bitcoins performance has dislocated and run its own path. The below chart from Bloomberg is the most clear cut breakaway Bitcoin has had from gold – and could indicate investors are moving capital from one to the other, however this is difficult to prove. Bitcoin is now the elephant in the room of every board meeting. 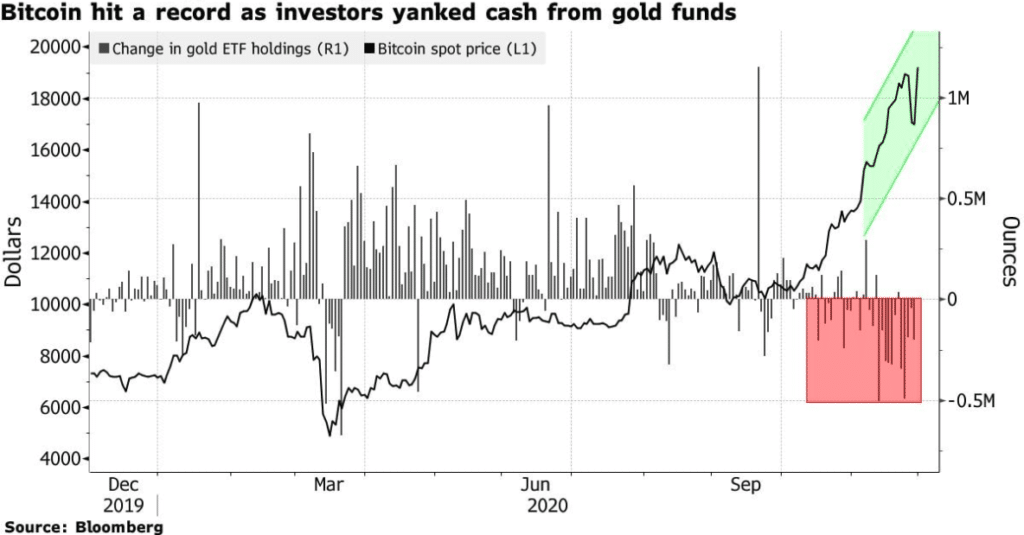 Rich discussed the similarities and differences between Bitcoin and Gold. Including how younger generations are more likely to favor digital assets. This growing market of buyers is helped by applications such as Paypal entering the space. The risk-return relationship for crypto is now uniquely poised as an attractive alternative that is uncorrelated to wider macro and increases the diversification of a traditional portfolio. As a result, a growing number of Wall Street veterans are also taking notice. Rich explored where he thinks the market will go from here.

John Kramer of GSR told Business Insider this month, that more well-known fund managers and institutions re-examining their Bitcoin theses every day, “it’s getting harder to not take the asset more seriously.”

Kramer said many investors feel that the stock market is utterly divorced from economic reality right now. The S&P 500 hit record highs this week as US COVID-19 cases surged and as many as 2,200 Americans were dying every day from the virus. Prospective returns from traditional markets are low, while the risks are quite high, he said.

“The stimulus response to the pandemic has stoked lingering concerns among several large asset managers about the devaluation of the US dollar, shining a light on Bitcoin’s finite supply,” Kramer said. “The risk-return relationship for digital assets is now uniquely poised as an attractive alternative that is uncorrelated to wider macro and increases the diversification of a traditional portfolio.”

Rich Rosenblum of GSR discussed #Bitcoin with @NPetallides live on the TD Ameritrade Network and why this market rally is different to 2017. https://t.co/7zqO4OvqSG

"There is a lot of stimulus happening globally," Rich Rosenblum of GSR told @CNN, adding that the devaluation of the dollar and other currencies could push #Bitcoin even higher. https://t.co/7agVyePjKC