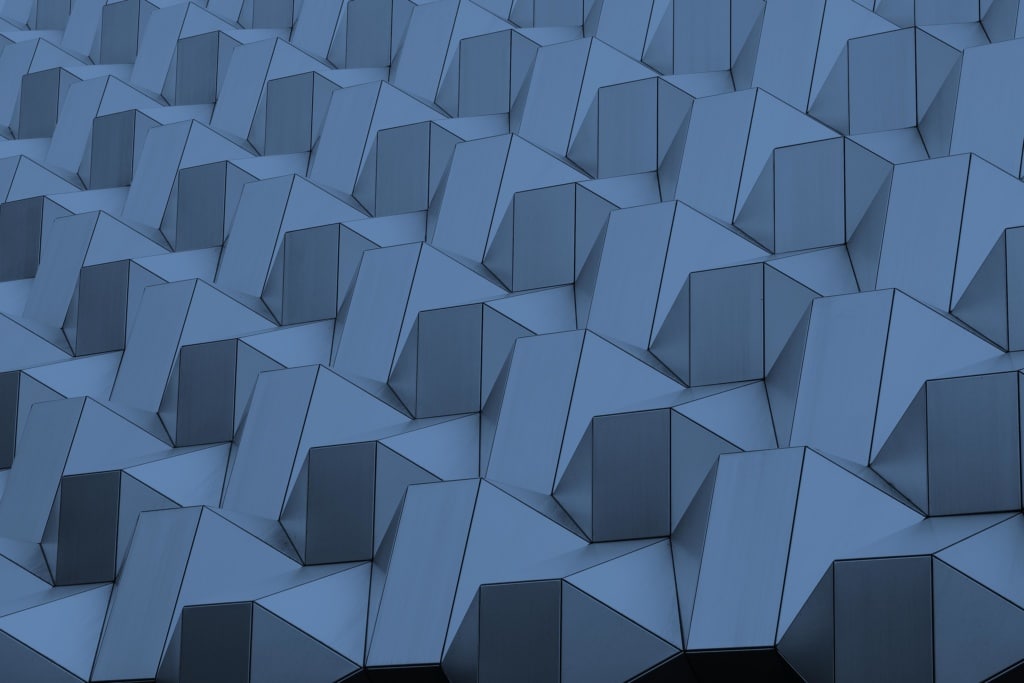 Bitcoin started the month hovering at $10,800, attempting to break through the $11,000 mark. What followed was a very positive few weeks for Bitcoin in both price action and industry news.

At the start of the month despite President Trump testing positive for Covid-19 and the CFTC charging BitMEX with illegal operations, Bitcoin shrugged off any significant depreciation. Between the beginning of September and mid October, Bitcion stayed within the $10,000- $11,100 price range, with 1 Month ATM Vol trending around yearly lows of 46% on October 18th.

On Wednesday the 21st PayPal announced its first steps into the cryptocurrency market, allowing customers to buy, sell and hold bitcoin and other virtual coins using the company’s online wallets. PayPal customers will also be able to use cryptocurrencies to shop at the 26 million merchants starting in early 2021. The news catapulted Bitcoin past the $13,200 mark. 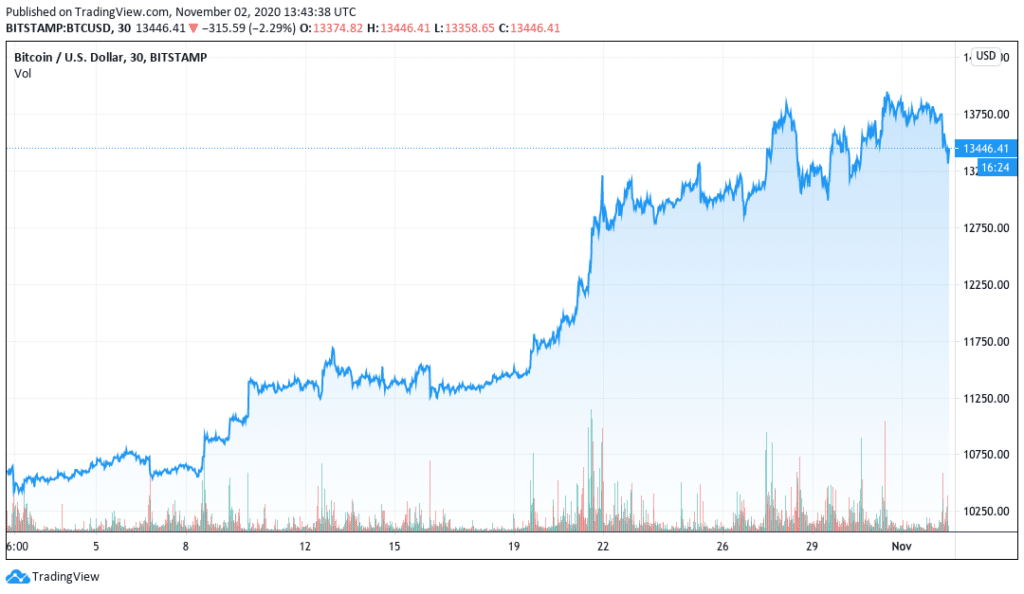 Additionally Square, the payments company run by Twitter CEO Jack Dorsey, announced its purchase of 4,709 bitcoins, a $50 million investment representing 1% of the firm’s total assets. The company said in a statement “Square believes that cryptocurrency is an instrument of economic empowerment and provides a way for the world to participate in a global monetary system, which aligns with the company’s purpose.”

Square can be added to a growing list of publicly traded companies who have put bitcoin on their balance sheet. At the top of the list with a $425 million investment, Microstrategy CEO Michael Saylor recently doubled down on his bet, stating that he personally owns 17,732 Bitcoin. 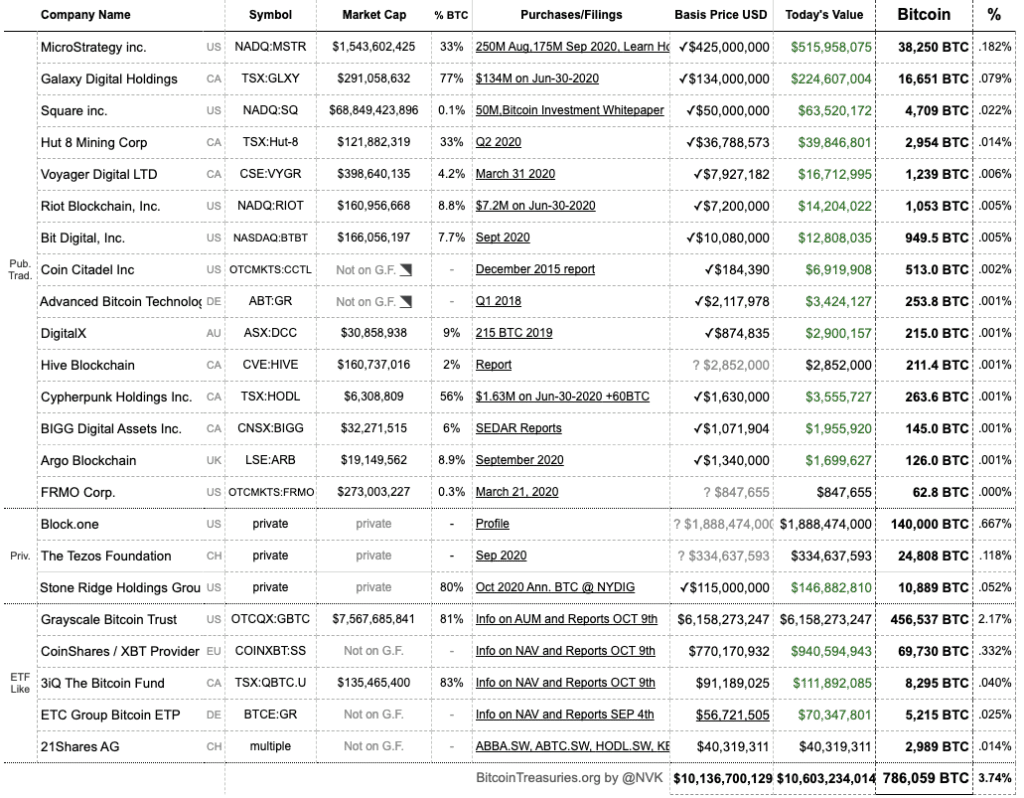 If that wasn’t enough positive news for October, 18 months after it was first announced, JPMorgan Coin is now live and in use by a major transnational tech firm for cross-border payments. Takis Georgakopoulos, JPMorgan Chase’s global head of wholesale payments, said:

“We are shifting to a period of commercialization, moving from research and development to something that can become a real business.”

It is unprecedented times in global markets, investors have been forced to think outside the box in an attempt to find any yield. The prospective returns for investors are arguably the lowest they have ever been, and the risks are still quite high.

In 2020, there have been a handful of developments that have highlighted the appeal of Bitcoin to institutional investors. The disconnect between stocks and the economy has many unsettled. Even gold, the go to flight to safety asset, has recently sold off. Central banks were net sellers of gold for the first time in a decade. Net sales totaled 12.1 tons of bullion in the third quarter, compared with purchases of 141.9 tons a year earlier, according to a report by the World Gold Council.

The stimulus response to the pandemic has stoked lingering concerns among several large asset managers about the devaluation of the US dollar. This viewpoint has been proposed by bitcoiners for many months, but we have seen a gradual uptake from some institutions who see their options limited. The risk-return relationship for digital assets is now uniquely poised as an attractive alternative.

Bitcoins supply dynamics is in perfect contrast with monetary easing, and the pandemic has increased the pace of technological change, Bitcoin fits well into both narratives. Recent growth of CME contracts is a sign of increased institutional participation in crypto. Macro investor Paul Tudor Jones recently stated, “Bitcoin has this enormous contingence of really, really smart and sophisticated people who believe in it,” Jones added. “It’s like investing with Steve Jobs and Apple or investing in Google early.”

Director of Research At Fidelity Ria Bhutoria recently described how the current market capitalization “is a drop in the bucket compared with markets bitcoin could disrupt,” and that it is “fundamentally less exposed” to the “economic headwinds” that other asset classes are likely to encounter. “In a world where benchmark interest rates globally are near, at, or below zero, the opportunity cost of not allocating to bitcoin is higher.”

Crypto is gaining traction due to its diversification properties. Traders who rely on price-based strategies like momentum and mean reversion have taken an interest in Bitcoin solely because of its statistical properties in contrast to other asset classes. To them, Bitcoin is a potential diversifier and another source of potential return. The volatility is easily controlled in the portfolio construction process.

“It’s more important for the United States to get it right than to be first,” Jeremy Powell of the federal reserve said on a panel hosted by the IMF. “We are committed to carefully and thoughtfully evaluating the potential costs and benefits of a central bank digital currency for the U.S. economy and payments system. We have not made a decision to issue a CBDC.” He added “there are a number of ways that a CBDC might improve the payments system, and it is mainly this area that motivates our interest.”

Many spectators are optimistic on Powell’s acknowledgement of digital assets yet he continues to allude: “For the Federal Reserve, our main focus is on whether and how a CBDC could improve an already safe, effective, dynamic and efficient domestic payments system.” At the end of September, the U.S office of the Comptroller of the Currency released a letter that national banks would be free to hold reserve currencies for stablecoins. Positive strides for the industry, as wider regulation coverations are continuing to take shape.

“Volatility has been extremely low but there has been positive price action given the recent attention. With continued macro uncertainty amidst Covid-19 and the U.S. presidential election around the corner, we can expect increased volatility.”

In Europe, the president of the European Central Bank Christine Lagarde announced a public survey on digital currencies. “As Europeans are increasingly turning to digital in the ways they spend, save and invest, we should be prepared to issue a digital euro, if needed. I’m also keen to hear your views on it,” Lagarde said in a tweet announcing the survey. The Swiss National Bank (SNB) and the Bank for International Settlements (BIS) also plan to test a CBDC by the end of this year.

Meanwhile, in a sign of increasing momentum, China has recently distributed 10 million yuan ($1.5 million USD) of CBDC coupons to test the digital currency pilot in Shenzhen.

Progress may be put on hold for a few days as the eyes of the world will be on the US election. Both candidates have battled it out in what has been one of the most anticipated presidential contests in modern history. Global markets have been inconsistent in their positioning for the election. It is unclear how Bitcoin will fit into both potential candidates winning, however it is clear that both favour stimulus, and further packages are needed to support businesses and livelihoods of the US economy. Due to the rapid re-emergence of Covid19 a stimulus package is probably one of the first things that the new administration will agree on post election, which should keep the spotlight on Bitcoin’s long-term fundamentals and supply mechanics into 2021.

GSR Co-Founder Rich Rosenblum explores the financial attributes of Bitcoin with Dean Curnutt on the Alpha Exchange Podcast. The conversation examines Bitcoins correlation to risk markets, its periods of strong price momentum and how it may perform during the chaos that investors are especially worried about right now.