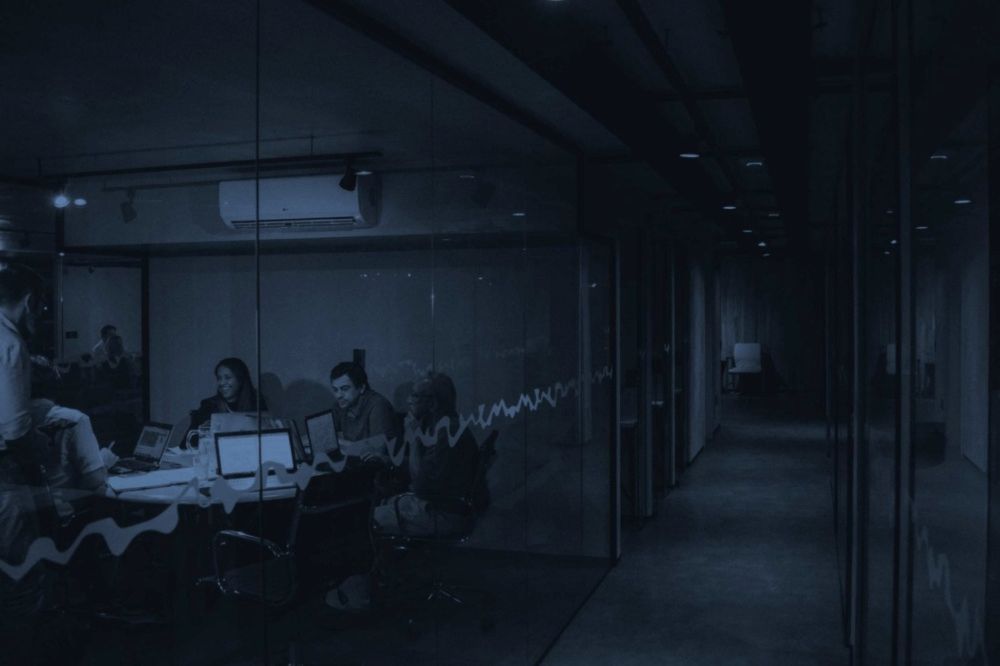 After increasing 16% in July, Bitcoin turned in another strong performance in August, steadily rising 12% over the course of the month to $47,000.  We attribute the strength to continued corporate and institutional activity, a rising hash rate / network difficulty, hints that the SEC is closer to approving a Bitcoin ETF (even if futures-based), and continued general crypto adoption spurred by record NFT volumes and DeFi total value locked.

While Bitcoin was strong in August, Ethereum was even stronger, rising 40% over the month to ~$3,400.  The highlight of the month for Ethereum was undoubtedly the successful activation of the London hard fork on August 5th, which included an improvement proposal (EIP-1559) that overhauled Ethereum’s gas fees and could make ETH deflationary.  Moreover, total value locked in Ethereum-based DeFi rose 17% during the month to reach an all-time high, and NFTs experienced unprecedented monthly volume, the vast majority of which occured on Ethereum.  And like Bitcoin, Ethereum’s hash rate and network difficulty steadily rose throughout the month.  Lastly, institutional investors continue to demonstrate a preference for Ethereum over Bitcoin, with the former seeing $22m of net inflows and the latter $61m of net outflows during the month through August 27, per CoinShares.  Given the outperformance of Ethereum and other alt-coins, Bitcoin dominance fell from 48% to 43%.

The biggest story of the month was the breakout of NFTs, which saw unbelievable trading volumes and prices.  In fact, The Block places August’s NFT volumes at $3.25b, a 10x increase over the prior monthly record set in March.  As we covered in our Punks & Dunks Chart of the Week in much more detail, in addition to pontificating what the future holds for NFTs, August saw a material pickup in NFT volumes from the gaming, collectibles, and art categories, with gaming driven by the continued growth of play-to-earn game Axie Infinity, collectibles driven by CryptoPunks and Bored Apre Yacht Club, and art driven by Art Blocks’ programmable and on-demand degenerative artwork.

The second major story of August was the uptake and outperformance of smart contract blockchains, driven by DeFi propagating to other ecosystems, continued rising user counts, ecosystem fund / incentive announcements, and protocol-specific news.  Indeed, our custom basket of smart contract blockchain coins increased 73% in August, handily outperforming all other categories.

While the regulatory focus on crypto percolated across the globe, three notable items stood out to us.  First, the US Senate failed to amend the controversial crypto tax provisions in the bipartisan infrastructure bill that could lump miners, developers, stakers, and others into the definition of a broker, increasing reporting requirements and taxes for those firms.  The bill now heads to the House, which is expected to take up the issue in the fall.  Importantly, though met with skepticism, Bloomberg reported that the Treasury Department is planning to clarify the definition of a broker to exclude developers, miners, and wallet providers, per an anonymous source.

The second regulatory item that garnered much attention was the myriad speeches by US SEC Chair Gary Gensler arguing for greater regulation of cryptocurrencies.  First, Gensler wrote a letter to Senator Liz Warren asking Congress to grant more authority to the SEC to regulate crypto exchanges.  Later, Gensler stated that the SEC can regulate DeFi projects no matter how decentralized they are, as some components remain centralized.  Later in the month, Gensler argued for bright-line crypto regulations and stated the SEC is examining seven crypto-related policy changes, including those that cover token offerings, DeFi, stablecoins, custody, ETFs, and lending platforms.  Lastly, the SEC reportedly signed a deal with blockchain analytics firm AnChain.AI to help monitor and regulate DeFi.  Clearly, the SEC is focused on stepping up its crypto-related efforts.

Lastly, stablecoins continued to be in the spotlight, which we cover in detail here.  In addition to Gensler naming stablecoins as a possible target of greater regulation, there continued to be news around Tether, whether it be its June reserves update or questions surrounding the amount of USDT issuance.  Circle announced several important changes aimed at buttressing confidence in its USDC stablecoin, including its intention of becoming Fed-regulated national digital currency bank and its plan to transition its reserves to cash and short-duration US Treasuries only.  Lastly, Paxos rebranded its stablecoin from Paxos Standard to the Pax Dollar to more accurately represent its dollar backing.

GSR in the Media

Chuan Jin (C.J) Fong of GSR will join the digital assets team at DBS Bank for an in-depth discussion about the future of crypto on September 20th. Register for the online event here: https://theasset.com/event/2021/dbs2/?sp_code=dbs

The Wolf of All Streets Podcast: Bitcoin to $100 Trillion Market Cap with Rich Rosenblum

The Block: Here’s how much 19 major crypto firms have expanded their headcounts this year

This material is a product of the GSR Sales and Trading Department. It is not a product of a Research Department, not a research report, and not subject to all of the independence and disclosure standards applicable to research reports prepared pursuant to FINRA or CFTC research rules. This material is not independent of the Firm’s proprietary interests, which may conflict with your interests. The Firm trades instruments discussed in this material for its own account. The author may have consulted with the Firm’s traders and other personnel, who may have already traded based on the views expressed in this material, may trade contrary to the views expressed in this material, and may have positions in other instruments discussed herein. This material is intended only for institutional investors. Solely for purposes of the CFTC’s rules and to the extent this material discusses derivatives, this material is a solicitation for entering into a derivatives transaction and should not be considered to be a derivatives research report.  This material is provided solely for informational purposes, is intended for your use only and does not constitute an offer or commitment, a solicitation of an offer or comment (except as noted for CFTC purposes), or any advice or recommendation, to enter into or conclude any transaction (whether on the indicative terms shown or otherwise), or to provide investment services in any state or country where such an offer or solicitation or provision would be illegal. Information is based on sources considered to be reliable, but not guaranteed to be accurate or complete. Any opinions or estimates expressed herein reflect a judgment made as of the date of publication, and are subject to change without notice. Trading and investing in digital assets involves significant risks including price volatility and illiquidity and may not be suitable for all investors. GSR will not be liable whatsoever for any direct or consequential loss arising from the use of this Information. Copyright of this Information belongs to GSR. Neither this Information nor any copy thereof may be taken or rented or redistributed, directly or indirectly, without prior written permission of GSR. Not a solicitation to U.S. Entities or individuals for securities in any form.  If you are such an entity, you must close this page.